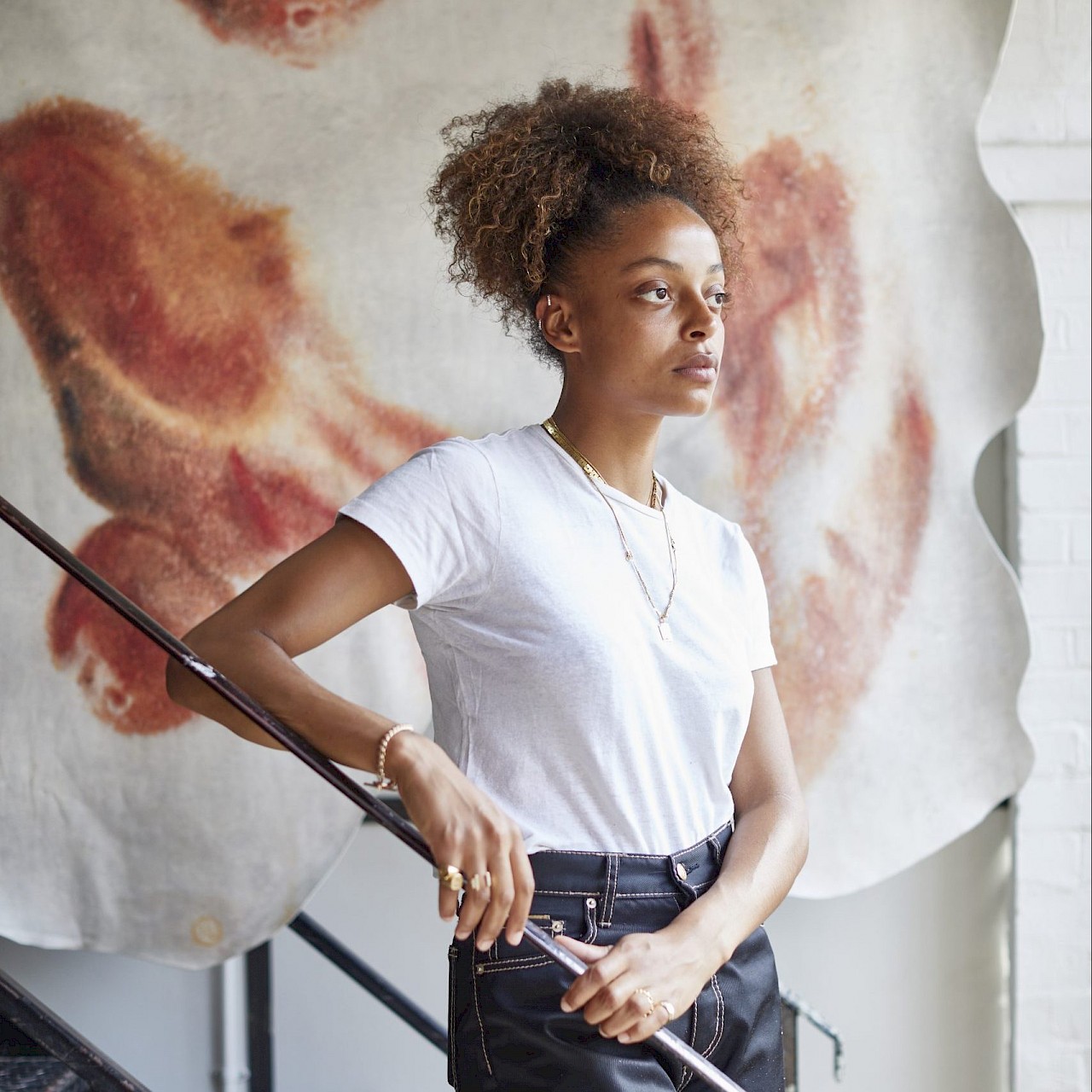 Kesewa Aboah (b.1994, UK) is a Ghanaian British artist based in London.
Aboah graduated with a BA in Fine Arts at the School of Visual Arts, New York in 2017. Since completing her studies, Aboah has taken part in several artist residency programs in Mexico City, Iceland and Kenya. Kesewa's practice emphasises the role of process: her work centers around the modernization of traditional techniques of embroidery and body imprinting, resulting in bold, colorful and sometimes haunting version of the 20th century tapestry.

By imprinting her body across the tapestry and using thread and paper in unconventional ways, Aboah allows her designs to unfold spontaneously across the canvas. Kesewa lives and works in London, UK. 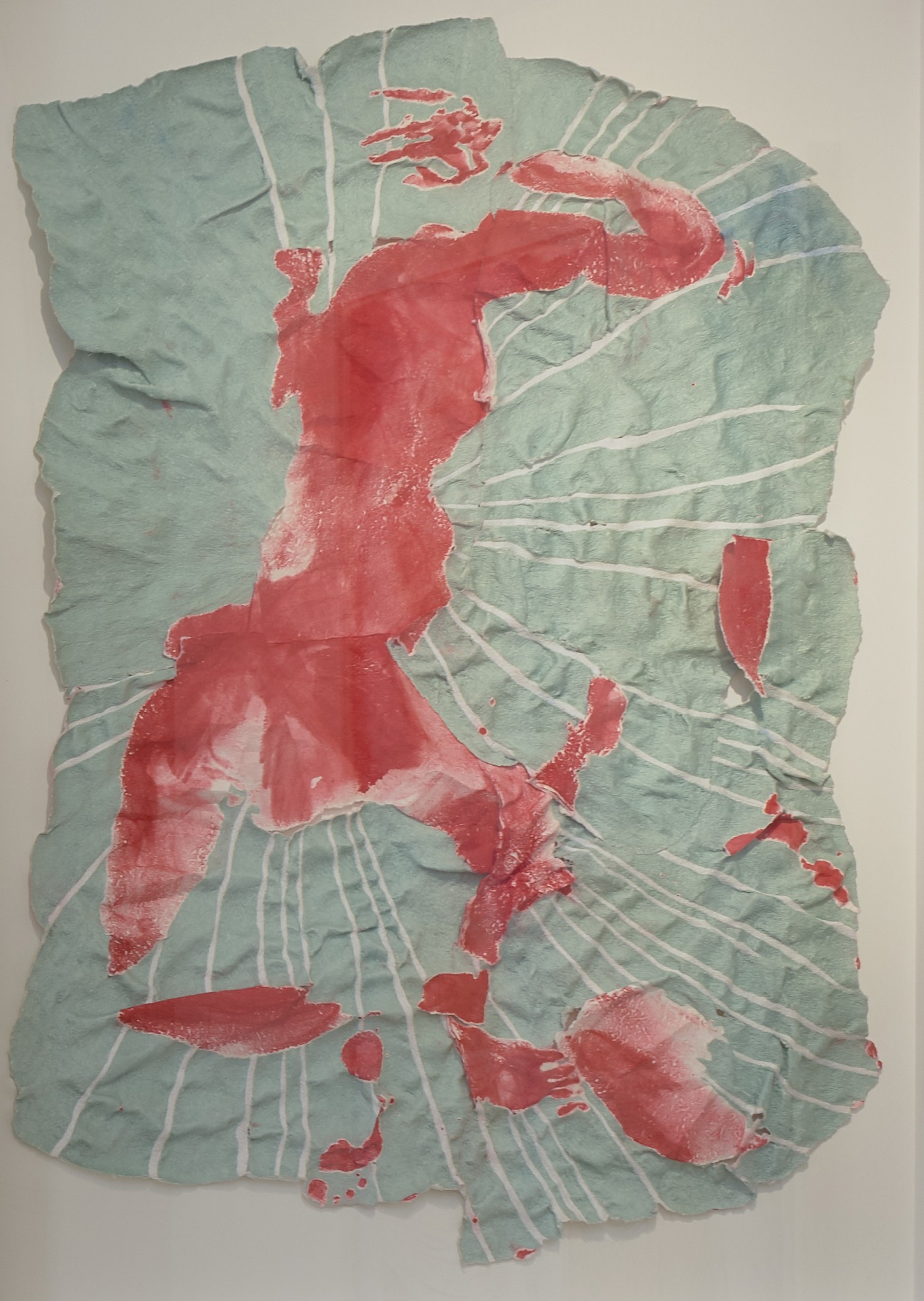 Taking Up Space, 2021, Body impression and embroidery on paper 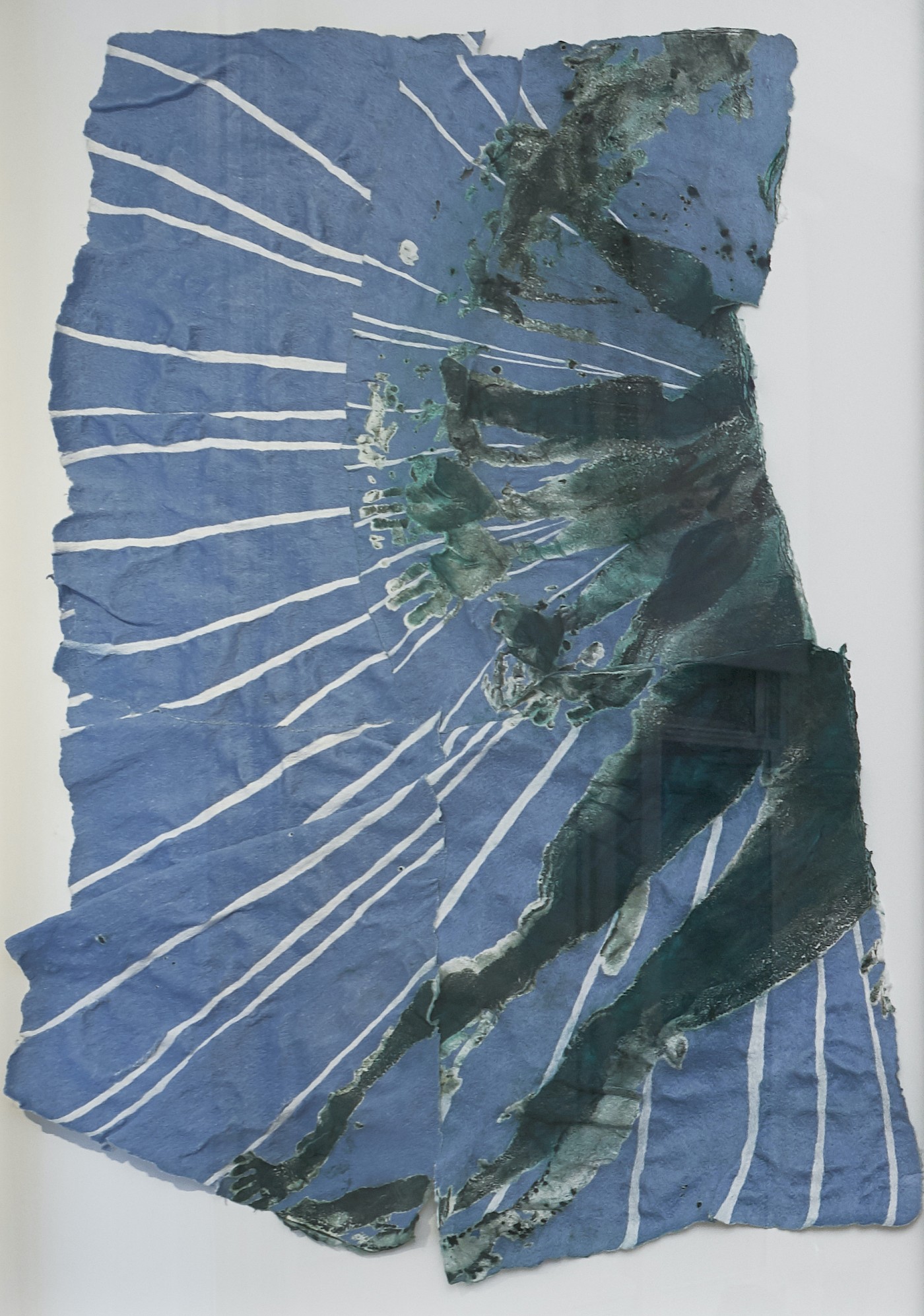 I'm Off, 2021, Body impression and embroidery on paper 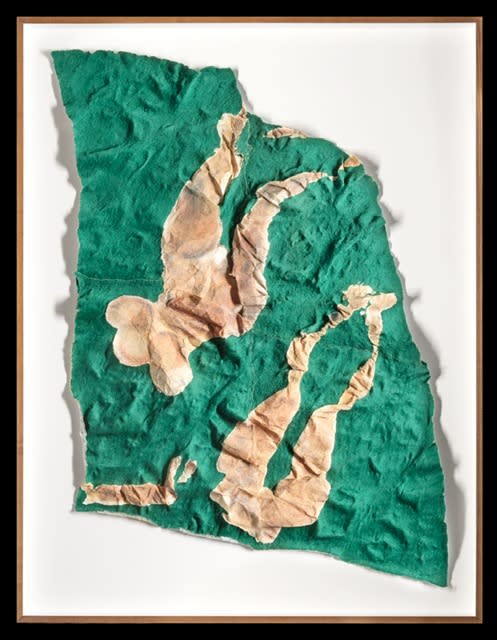