Contemporaries born within a five-year range – Pierre Soulages in Aveyron in 1919, Simon Hantaï near Budapest in 1922, Antoni Tàpies in Barcelona in 1923 and Jorge Eielson in Lima in 1924 – all four artists lived in post-war Paris of the 1940s and came to prominence in the late 1950s. Despite the influence of the various artistic groups that informed their early practices, such as Surrealism and Abstract Expressionism, each artist eluded attempts to categorize their work within a singular movement.

United by the crisis in easel painting that consumed the post-war European avant-garde, each artist broke new ground within the realm of painting by creating and serializing a new form of abstraction. This exhibition looks to the intersections between their practices, examining how each artist developed enduring ideas about abstraction on his terms through experimental and material means. These works exemplify the emphasis on materiality that has decisively marked much of post-war European art, specifically through the use of non-traditional materials and painting methods, the importance of mark making and the focus on texture and surface. In revising and remaking their theories of what constituted a painting, these artists sought to invent new syntax for a universal language of art. 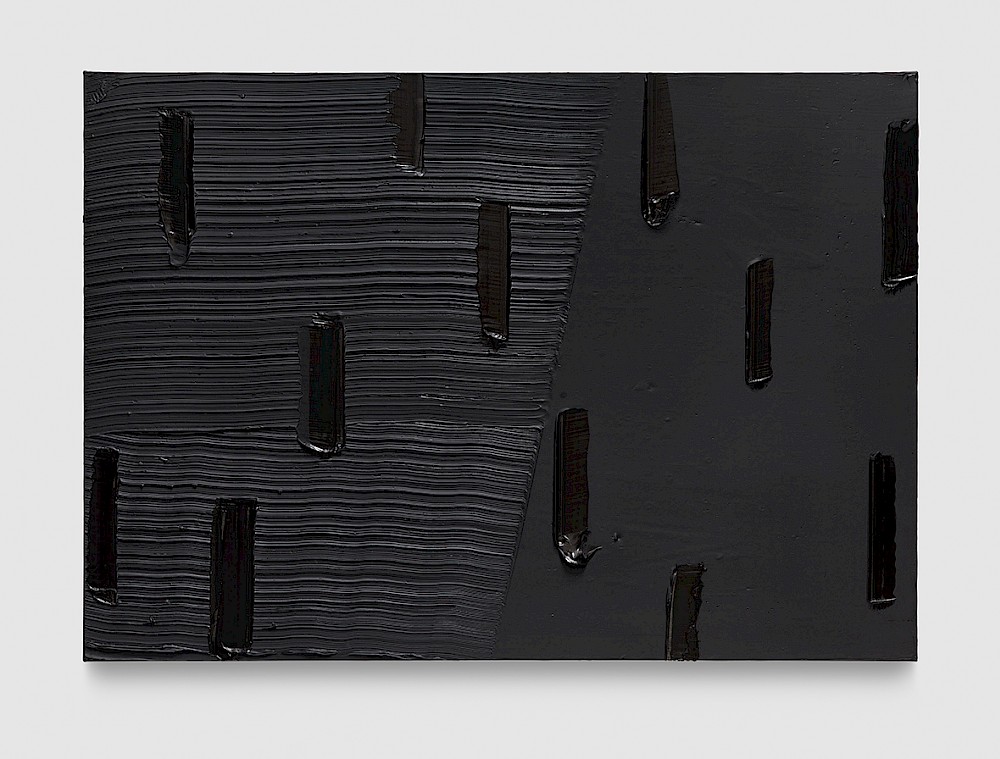 In the work of Pierre Soulages and Antoni Tàpies, traces – the fragile, incomplete or erased marks on the canvas – refer to a human presence, collapsing the verbal and the visual. Soulages’ Outrenoir (‘beyond black’) series, initiated in 1979, features the formalized markings and striated surface that the artist devised in order to generate textural play between areas of black on the canvas. ‘If one thinks of the practice … I began by leaving traces, then in the same way, I added more paint, scraped and scored the surface,’ Soulages described. 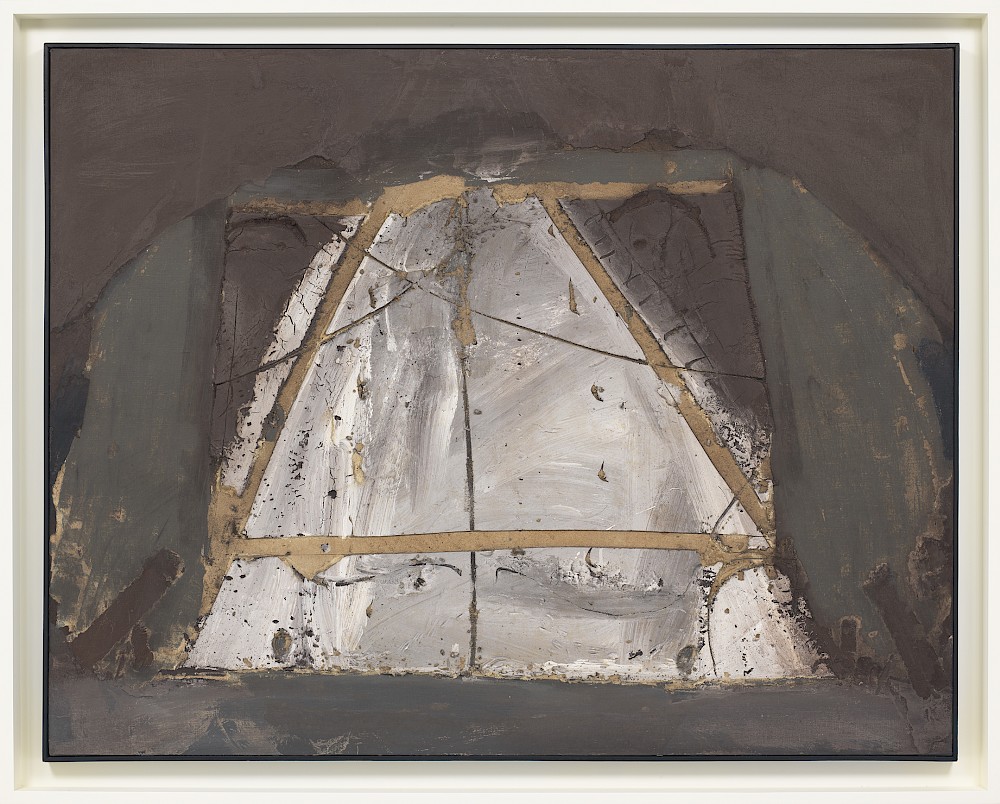 Soulages’s sole use of paint and canvas to build up the surface of his works differs significantly from Tàpies, who frequently used a thick paste created by mixing paint with marble dust and plaster. The Catalan artist often added materials such as sand, wood, ceramic objects, newspaper and straw, as seen in the raw, eroded surface of the 1960 work Initials. The near-invisible incisions and scratched-out symbols point to an unarticulated language, which is seemingly without a code, yet universal, attesting to the simultaneous presence of the physical and the metaphysical worlds. 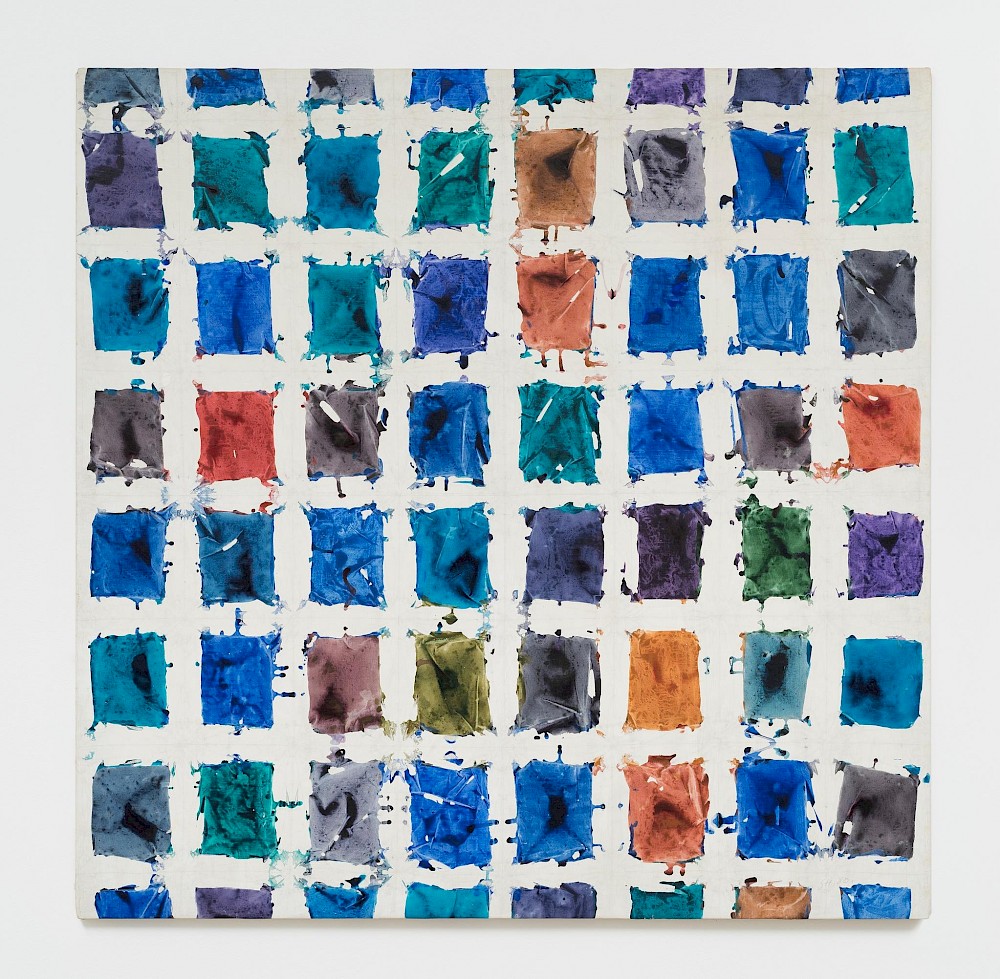 From 1960 onward, the French-Hungarian artist Simon Hantaï based his corpus on the idea of a folded rag soaked in paint, which could either be applied directly to the canvas or unfolded, to spill pigment in accidental patterns across the surface. Hantaï used this technique of pliage comme methode (folding as method) to reinterpret the Modernist grid in Tabula (1980). By depersonalizing the act of painting, Hantaï questions the purpose of artistic subjectivity in the postmodern age and declares the death of the author. 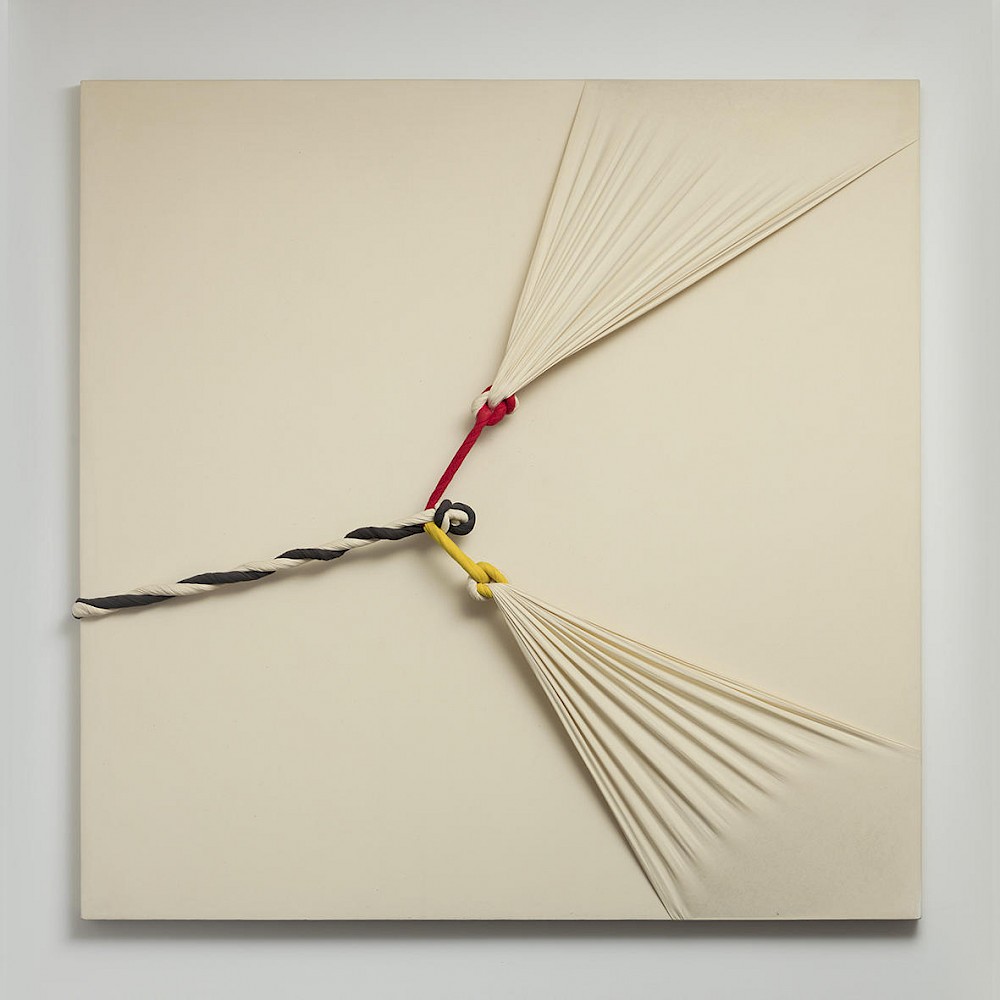 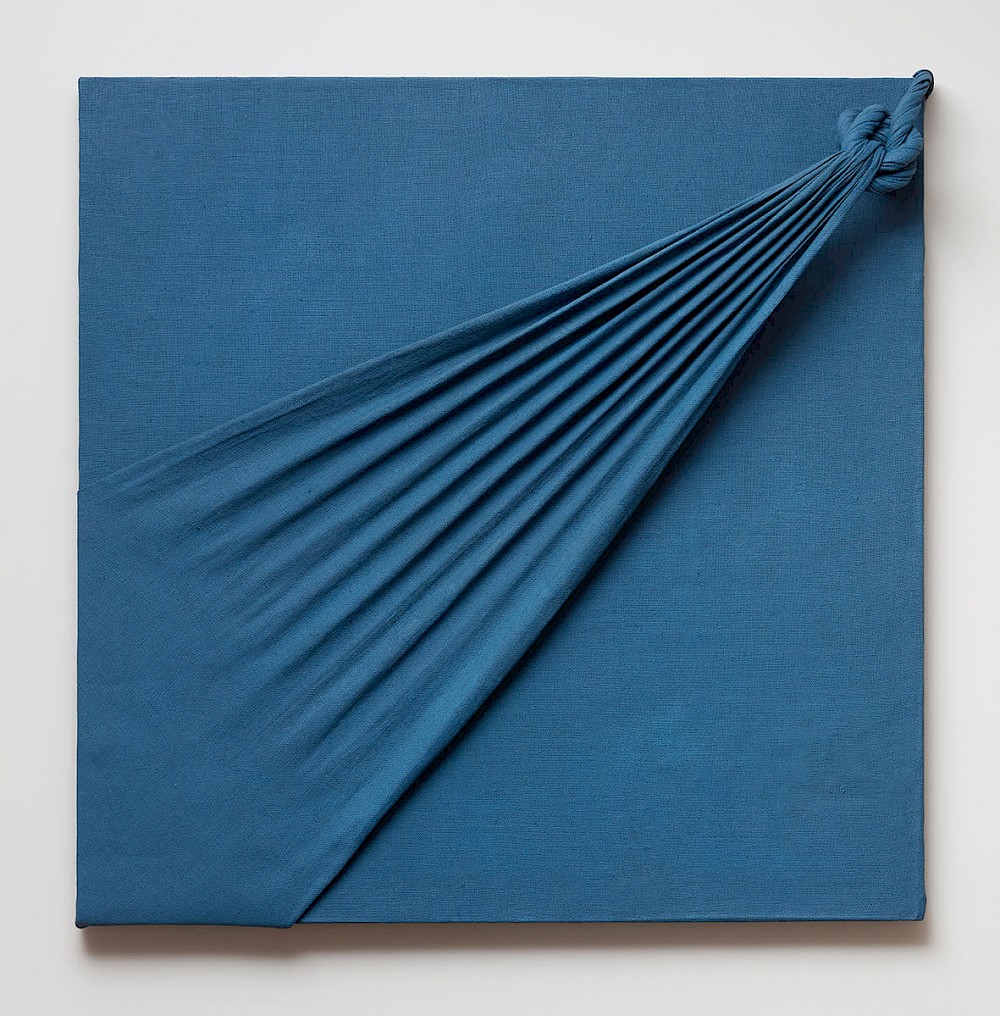 Poet, writer and visual artist, Jorge Eielson sought forms of artistic expression that forged dialogue between different cultures and forms of communication. From his first solo exhibition in 1953, Eielson began creating woven abstract works based on a Pre-Columbian system of writing through the interplay of knots on cords and strings. In the 1960s, Eielson transformed this ancient codex into the fabric-based Quipus series – stretched tautly across flat canvases, looped into soft sculptures – which he conceived of as a new visual language, welding the ancient to the modern. For Eielson, the knot was understood as a sign, both ancestral and linguistic, of the tension between matter and the longing for space.