Timothy TaylorMenu
Vija Celmins, Starfield, 2010
Mezzotint and drypoint
28 1/4 × 38 3/4 in. / 71.8 × 98.4 cm
(TE0012087)
Vija Celmins (b. 1938) is an American-Latvian artist known for her photorealistic works of organic phenomena, such as clouds, ocean waves, star-studded night skies and spiderwebs, which she calls “redescriptions.” After graduating with an M.F.A. from the University of California in Los Angeles art program in 1965, Celmins rejected the dominant ideology of formalist abstraction, choosing instead to focus on her own precise, idiosyncratic representations of nature in drawings, prints and paintings. Celmins imitates the three-dimensional physicality of the terrains that she depicts through carefully textural mark-making, producing a sense of documentary authenticity arguably greater than that of a photograph. Each painstakingly wrought work can take years to make. 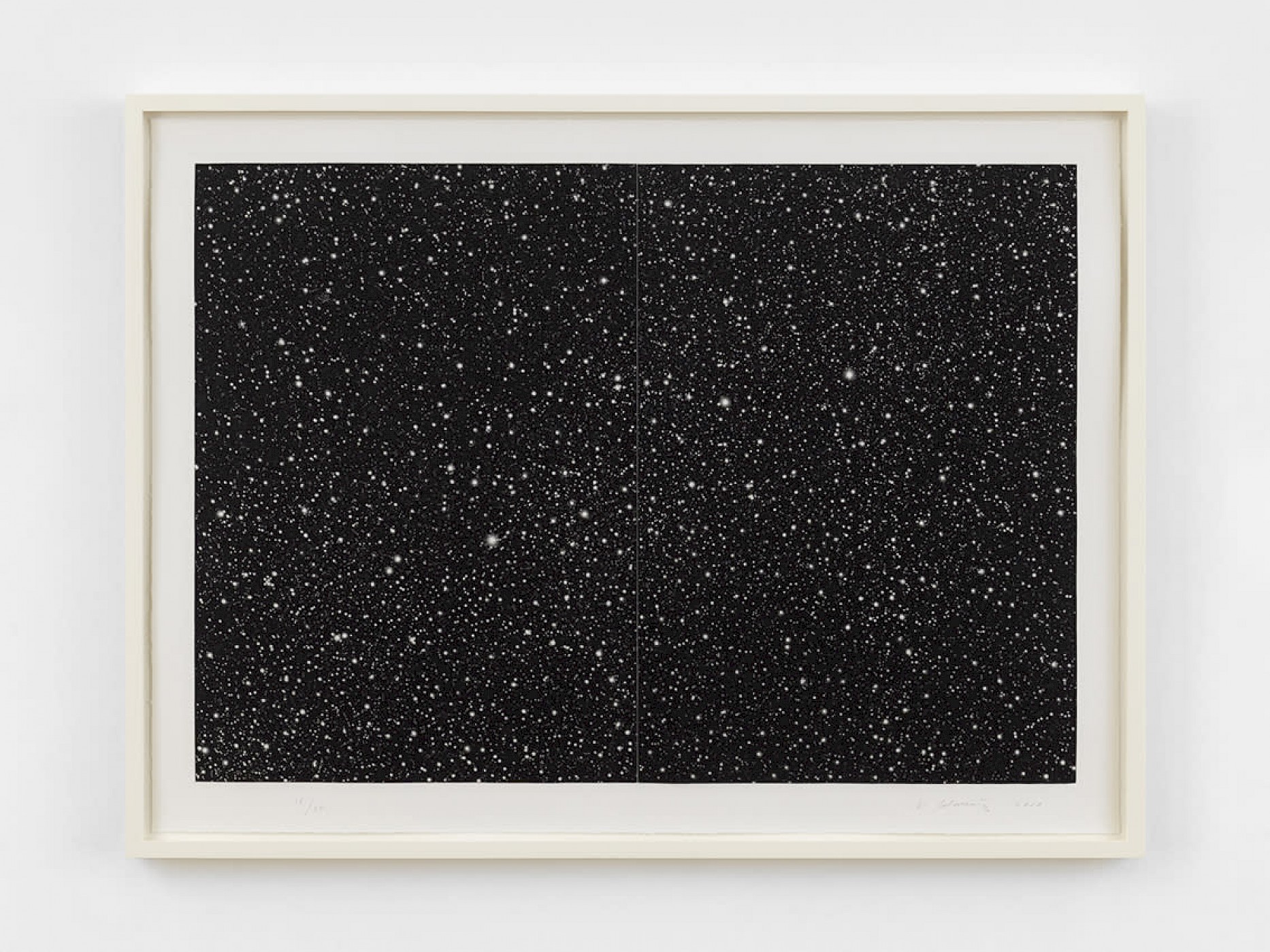