Timothy TaylorMenu
Diane Arbus, Superstar seated on a couch with her chin on her hands, N.Y.C., 1968, 1968
Black and white silver gelatin print
14 × 11 in. / 35.6 × 27.9 cm
(T0011152)
Diane Arbus started taking pictures in the early 1940s and went on to study photography with Berenice Abbott, Alexey Brodovitch and later, Lisette Model. Her first published photographs appeared in Esquire in 1960. In 1963 and 1966 she was awarded the John Simon Guggenheim Fellowship. In 1967, she was one of three photographers to be included in the landmark exhibition, New Documents, at The Museum of Modern Art, New York. A year after her death she was the first American photographer to have work selected for inclusion in the Venice Biennale.

Diane Arbus was born in 1923 in New York City, where she died in 1971. Public collections include The Metropolitan Museum of Art, New York; The Museum of Modern Art, New York; Museum of Contemporary Art, Los Angeles; Tate Modern, London; and Centre Pompidou, Paris. 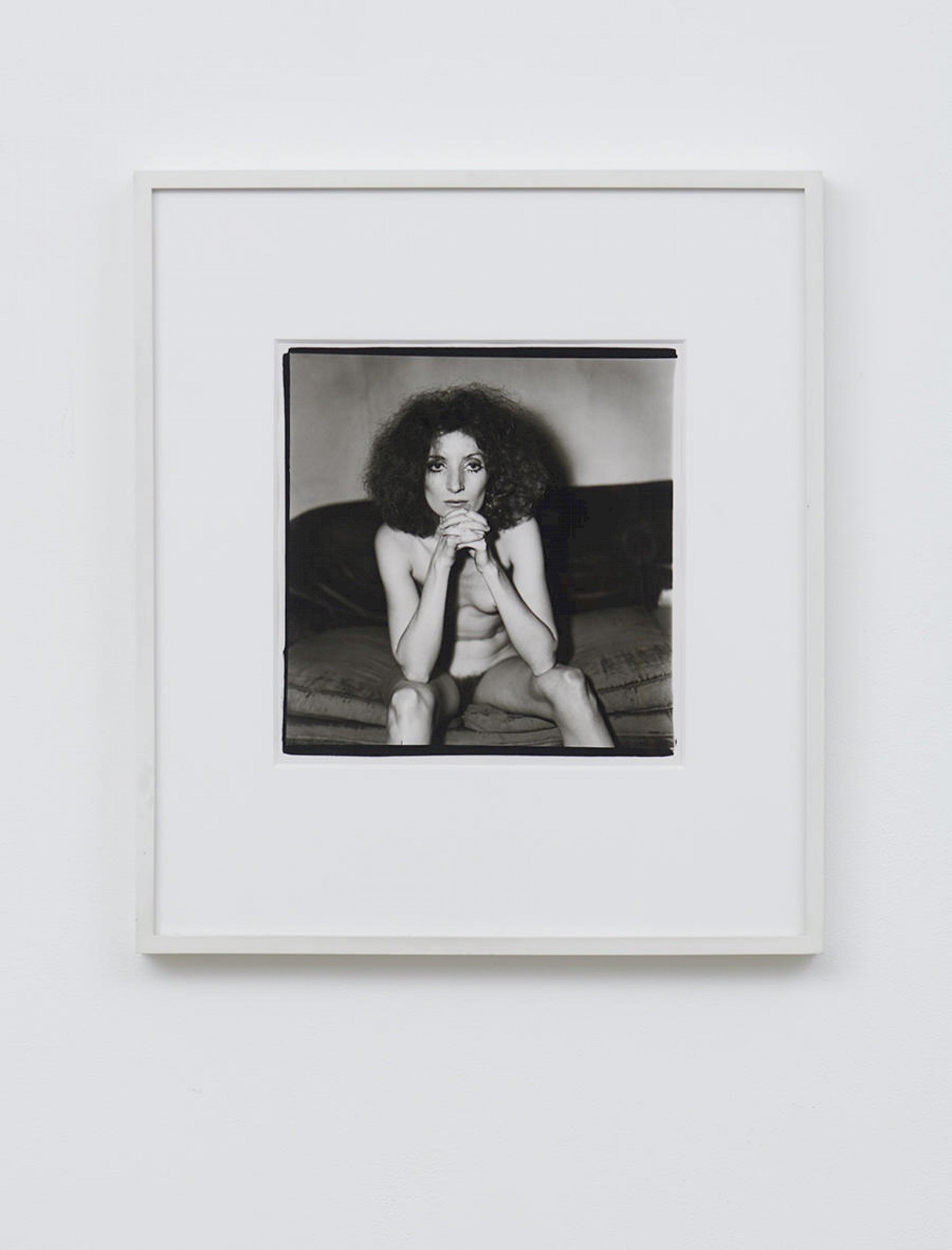