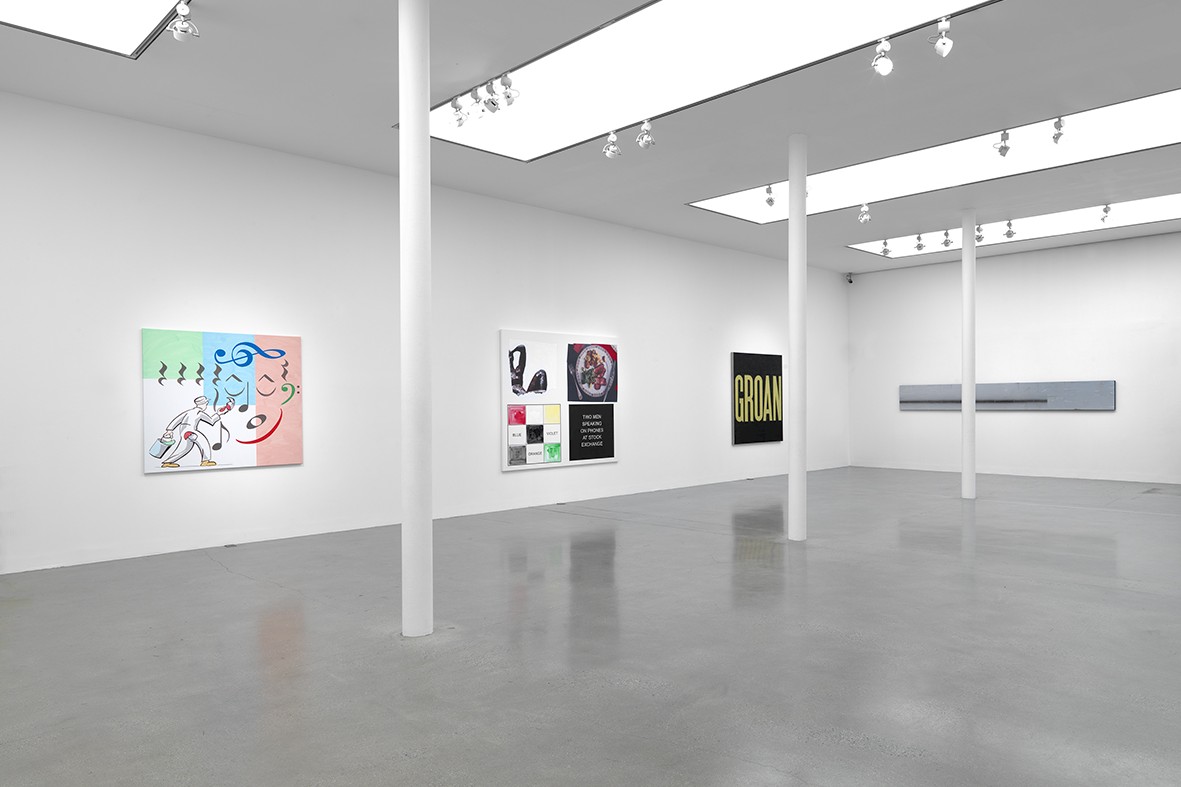 Timothy Taylor Gallery is pleased to announce the group exhibition Slow Learner, curated by Andreas Leventis, which brings together a selection of artists who variously employ text, signs, symbols, and photographic images across a range of media to examine the gap between reading and comprehension.

Timothy Taylor Gallery is pleased to announce the group exhibition Slow Learner, curated by Andreas Leventis, which brings together a selection of artists who variously employ text, signs, symbols, and photographic images across a range of media to examine the gap between reading and comprehension.

Where outside the realms of art one might typically expect a graphic aesthetic to communicate a concise message or instruction – be it a road sign, a manual, or a restaurant menu – the works featured in this exhibition instead use defined and direct visual language to playfully subvert, withhold, or disavow meaning altogether.

As evinced in his all too brief twelve year artistic career, the wit and inventiveness of Marcel Broodthaers continues to inspire artists to this day. Moving fluently between installations, prints, and film, Broodthaers’s philosophical and linguistic puzzles encourage us to adopt new ways of reading and questioning what we see.

Information is simultaneously presented and denied to humorous effect in the work of John Baldessari. In his ongoing examination of semiotics, the artist has devised mischievous and cryptic juxtapositions of text and image, often presenting the viewer with non sequiturs which leave us interminably perplexed and beguiled.

Clive Hodgson’s signature and date paintings are informed in part by the remembrance of particularly frustrating handwriting lessons as a left-handed child. Also featuring emblems, ornamental calligraphic design and stencilling, these compositions reveal the steady and diagrammatic working through of the problematics of painting.

With their black scribbled lines, aspects of Jonathan Lasker’s paintings look like spontaneous doodling but are in fact meticulously planned, rehearsed, and restrained. He presents graphic but enigmatic dialogues between abstract ciphers which, because of their suggested interaction, take on human characteristics.

Susan Hiller has used different forms of automatic writing since the beginning of her career. Made in the 1970s as part of an investigation into the origins of images and ideas, these works show the artist attempting to make sense of her own random mark making using pencil on paper. Hiller presents her findings and commentary in separate smaller panels along side the original experiments.

With her use of repeated and mesmerising figurative motifs Ghada Amer’s paintings take time to decipher. Whether attempting to read the text or image contained within these works, her use of embroidery, with its obscuring trailing strands, confuses and distracts the eye further.

Joel Sternfeld’s iconic photograph McLean, Virginia, December, 1978, provides an unexpected summation of the ideas explored in the exhibition. The matter-of-fact title provides little help in understanding the inscrutable and surreal scene we are witnessing. Both the image and the title combine to intensify our sense of bewilderment and promote deliberation.