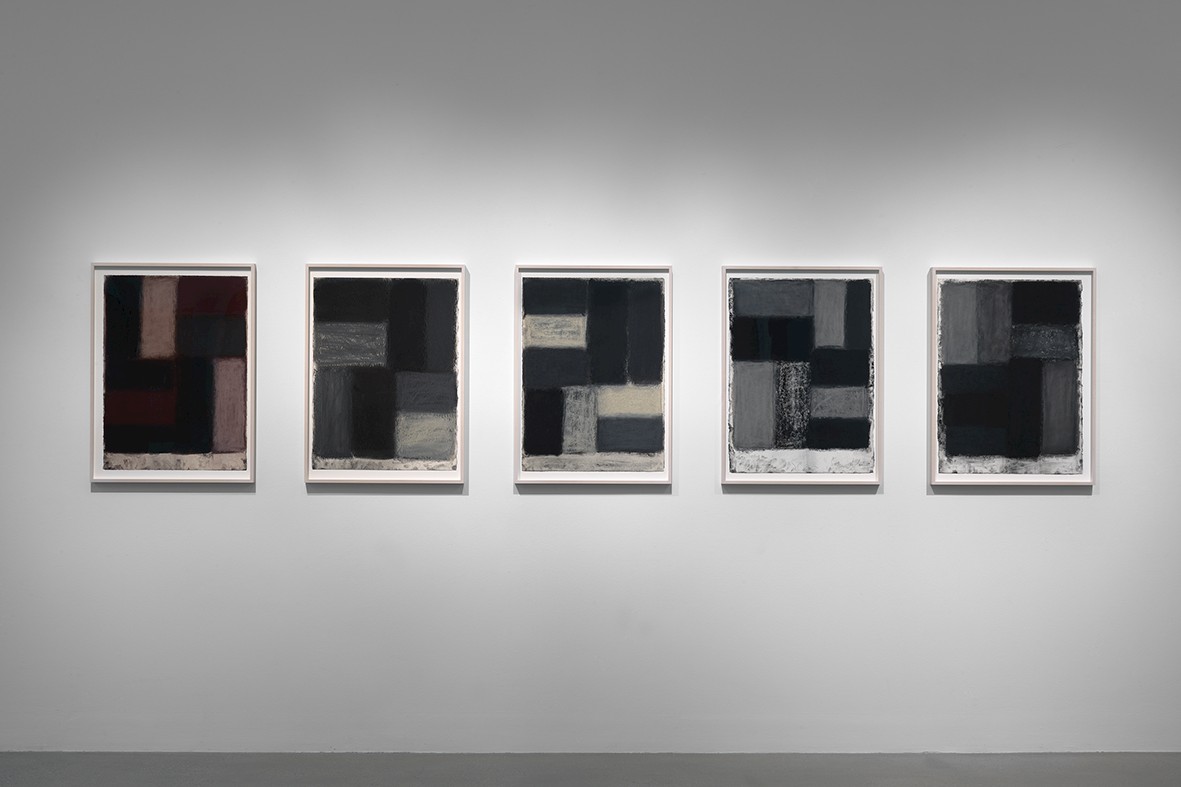 Sean Scully: Kind of Red, 11 June – 26 July 2014, London
Timothy Taylor Gallery is proud to announce a presentation of ambitious new paintings by Sean Scully. This is the artist’s eighth solo show with the gallery and the first opportunity to view his new work in London since 2010. A full colour catalogue, featuring an essay by the acclaimed music and sports writer Richard Williams, will accompany the exhibition.
Read more View Artist

Timothy Taylor Gallery is proud to announce a presentation of ambitious new paintings by Sean Scully. This is the artist’s eighth solo show with the gallery and the first opportunity to view his new work in London since 2010. A full colour catalogue, featuring an essay by the acclaimed music and sports writer Richard Williams, will accompany the exhibition.

Since the 1970s, Sean Scully has gained international prominence as one of the most admired and significant contemporary abstract painters working today. Monumental in scale, the works featured in this exhibition demonstrate a mature confidence and unwavering drive for experimentation. Indeed the focal point of the show,Kind of Red, 2013, a powerful five-panel installation on aluminium, is unlike any work previously made by the artist.

Music, particularly jazz, has always played an inspirational part in Scully’s practice and Kind of Red references the seminal 1959 Miles Davis album Kind of Blue, which Scully absorbed while making these paintings in his German studio. Davis’ album was pioneering for its exploration of the possibilities of modal jazz, using musical modes while keeping chordal movement to the minimum and allowing the music to billow and stretch more freely, promoting a feeling of space and calm. Similarly, by repeating the motif of twinned blocks of reds, greys and blacks in differing orientations across five separate panels, Scully establishes an expansive, pulsating rhythm. As Richard Williams observes, “…just as Davis worked on the modes that were to replace conventional harmonic structures throughout most of Kind of Blue, so Scully devised the format and the ground…on which the Kind of Red paintings were to be made. The bare metal of the working surface remains exposed beyond the edges of the painted area; in two of the pieces, drips run down towards the bottom edge”.

“I wanted to set up something that was very rhythmical,” Scully says, “so that the images were on the support but not secured to it, so that they could float around and set up these rhythms between them, up and down and from side to side, playing with the edges. Those drips gave them a kind of lift-off.”

The exhibition also features a select number of paintings from the recent Landline series. Defined by broad horizontal bands of blues and greys that appear to hover above one another, the sense of movement in these works is more restricted, yet a distinct visual ‘humming’ emanates from the vibrating colour zones. “I was always looking at the horizon line – at the way the blocks of the world hug…and brush up against each other, their weight, their air, their colour, and the soft uncertain space between them.”

Born in Dublin in 1945, Sean Scully moved to London in 1949. He studied at Croydon College of Art, London, (1965-68), and Newcastle University (1968-72), before moving to New York in 1975 where he became an American citizen in 1983. He has been nominated for the Turner Prize twice (1989 and 1993). His critically acclaimed Wall of Light series toured America from 2005, culminating at The Metropolitan Museum of Art, New York in 2007. Scully was elected a Royal Academician in 2013. In November 2014, the Shanghai Himalayas Art Museum will hold a major solo exhibition as part of the Shanghai Biennale. This exhibition will travel to Beijing in 2015.