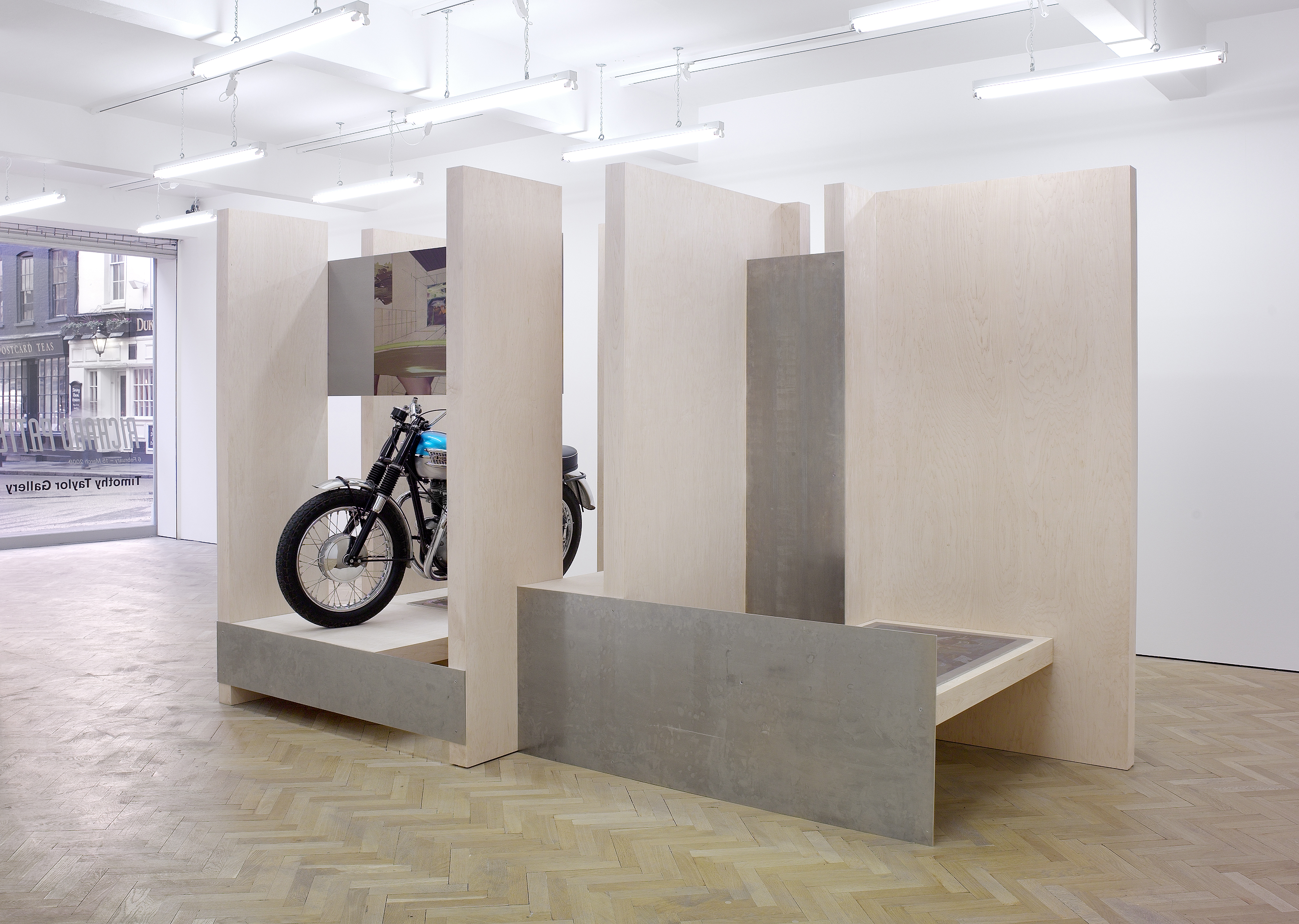 Black Narcissus/Ellwood, L-word: Culture Station (Zipper) 1B is composed of rectilinear, maple plywood planes and aluminium plate that intersect to make an architectural space. This space is articulated, and at times contradicted, by printed imagery and painted brushstrokes on aluminium panels, which either lean or lie against the wood. At one end of the work and partially visible from different angles sits a 1965 Triumph T120C motorcycle.

The room-sized sculpture cannot be immediately understood in its entirety and is instead conceived to be walked around, peered into and looked through. The space created is reminiscent of the internal space of de Chirico’s paintings. It also echoes the compositions of Patterson’s own paintings, in which architectural and painting space are unified.

The title of the work is composed of a number of cultural allusions; Black Narcissus is a direct reference to the 1947 film of the same title by Michael Powell and Emeric Pressburger, a sumptuous and extravagant story of repression, sexual awakening and temptation. Ellwood is an homage to the colourful legacy of the American mid-century architect, Craig Ellwood. And, L-word refers to the 2003 American television series of the same name. Finally,Culture Station (Zipper) 1B directly references Patterson’s 1995 painting, Culture Station no. 1, Zipper; an allusion that emphasises the formal and conceptual link between Patterson’s painting and sculpture.

These diverse references, within the sculpture’s Post-Minimalist structure, echo the juxtaposition of alternately harmonious and discordant imagery; a soft-porn clinch of three women alongside an image of a 1969 Porsche; a semi-naked self-portrait of the artist partially clothed in a Mariachi costume contemplating his own work; Bellini’sPortrait of Doge Leonardo Loredan adorned with breasts.

By assembling these various components in a constructed whole, Patterson is asserting a Baroque and inclusive vision of contemporary culture that is at once fetishistic and transcendent.