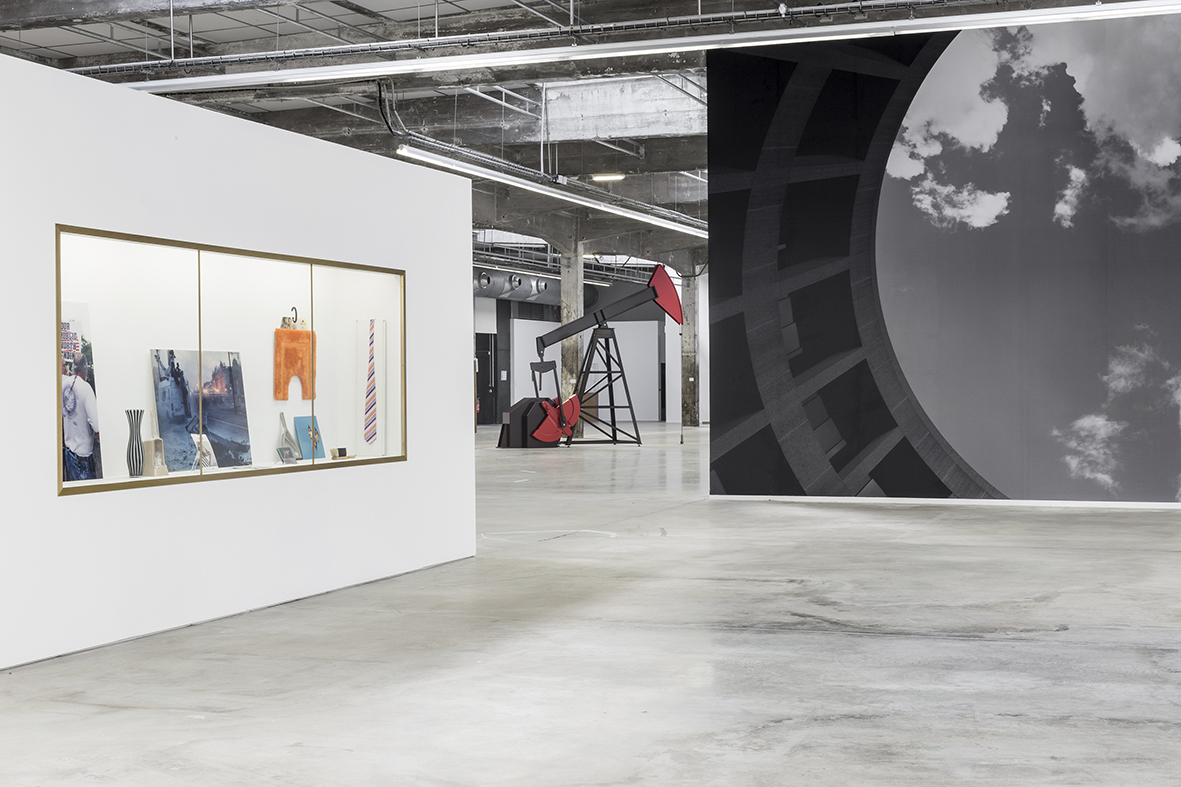 Josephine Meckseper is presenting, at the invitation of the Frac des pays de la Loire regional collection of contemporary art, her first solo exhibition in a French institution. spread over two sites — the HAB galerie, Nantes and the Frac at Carquefou — this twofold event brings together a significant selection of works created by the new york based artist over the past fifteen years, in conjunction with selected works from the Frac collection. Josephine Meckseper also curates some twenty works by other artists into her exhibtion, mainly women (Monica Bonvicini, Valie Export, Claire Fontaine, Sister Corita Kent, Sherrie Levine, Louise Lawler, Martha Rosler and Rosemarie Trockel among others).

Josephine Meckseper looks to topical issues for the raw material of her works, with a particular penchant for the rhetoric and modes of representation employed by political and economic actors. Between 2002 and 2009, she produced a series of works focussing on wars waged in countries of strategic importance in terms of US national interests. Josephine Meckseper takes life-size oil pumpjacks out of their original context Untitled (Oil Rig n ° 2). She pits these icons of industrial power against the replica of a World War II bunker, Untitled (Bunker), reminiscent of the bunkers photographed and described by Paul Virilio in his book Bunker Archaeology (1975). Meckseper’s aim here is to create links between American economic interests, the automobile industry’s huge dependence on this fossil fuel and the wars waged in the Middle East.

The question of freedom of speech, which was severely restricted by censorship during the presidency of George W. Bush, particularly after September 11, 2001, lies at the heart of her video, March for Peace, Justice and Democracy, made in 2007. It contains footage of activists marching in protest against the American presence in Iraq. Shot on 16 mm film, the movie recalls some of the archival images of much more high-profile mediated protests against the Vietnam War in the late 1960s.

The artist often combines symbols of political protest, such as signs or photographs, with consumer goods. Presented in vitrines or on elevated platforms, these installations possess a subtle sophistication, a cold luxury. For the artist, these smooth chrome surfaces are “designed to be targets, like high-end shop windows being smashed during riots and protests. These works mimic retail aesthetics in order to activate the commercial zone into a political one”. The artist arranges disparate elements on an equal footing within these structures. Her method is to accumulate and to juxtapose. Through consumer items, ready-mades, facsimiles (some of which, like Brancusi’s endless column, are taken from modern art history), the artist draws on the reified world of merchandising and the way in which the object captivates the viewer in order to deliver a critical message.

Moreover, the installations touch on the historical background of works by Hoetger, Brancusi and Mies van der Rohe and show how the emergence of modernism, German expressionism and the avant-garde was transformed into a form of political and aesthetic resistance to the upsurge in extremism during the first quarter of the twentieth century.

In her latest series of works, large canvases with paint traces of toilet brushes and plungers, as well as digital prints of underwear adds convey the texture of paintings act at once as abstract compositions and as contemporary “ready-mades”.