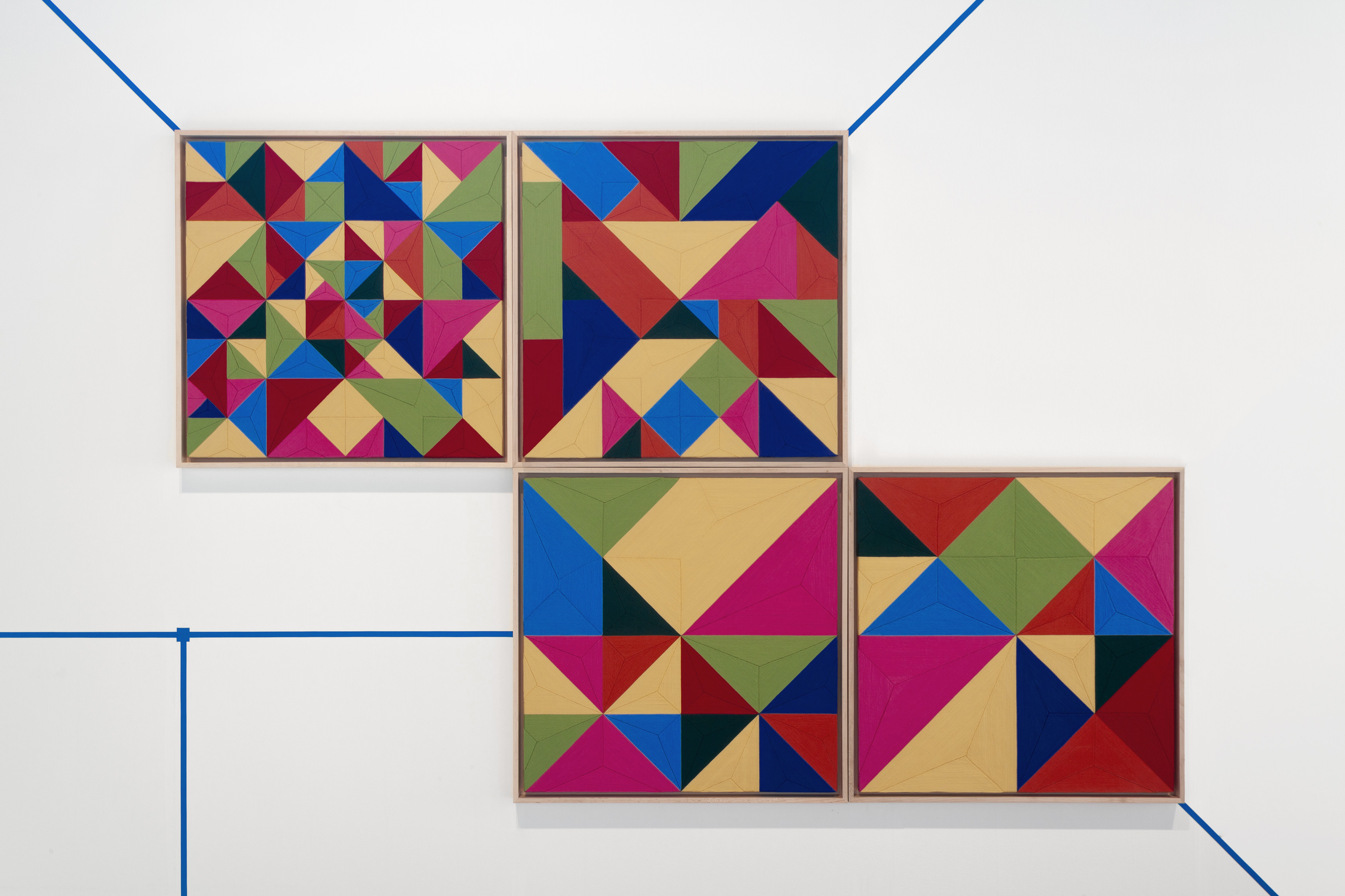 Timothy Taylor is pleased to announce a solo presentation by Mexican artist and designer, Eduardo Terrazas for the 2019 edition of Independent New York. A founding member of the Mexican contemporary art scene, Eduardo Terrazas’s career is characterised by a dedication to his work within the fields of architecture, design, museology, urban planning, and art.

As a young architect, Terrazas came to prominence as the co-designer of the logo and prevalent design elements for the 1968 Olympic Games in Mexico City. The logo – traced in concentric circles – was inspired by Huichol techniques, and set a precedent for the geometric forms that have come to define the artist’s visual language. In the 1970s, Terrazas began experimenting with the formal relationships of geometric elements through drawings. These investigations, combined with the appropriation of elements from Mexican folk art, have resulted in a unique language that navigates both contemporary art and craft traditions.

For Terrazas, the application of craft is an essential ontological process, which he deems particularly poignant for the 21st century. The Huichol yarn technique, whereby coloured yarn is arranged on wax-covered boards, has been adopted by Terrazas not only for its aesthetic properties, but also due to its labour demands, which require absorption in the act, and therefore meditation within the process.

For this presentation, Terrazas will exhibit works form the Tablas subseries; drawn from Terrazas’ ongoing project, Possibilities of a Structure, which has been evolving since the 1970s. The Tablas works exemplify Terrazas’ continuous investigation of structure through shapes of multi-directional movement, created by endless variations of simple geometric structures and patterns, pushing them to the limit of possibilities and providing a visual unfolding of the cosmos. Terrazas will use these works, and the surrounding space, to create a holistic environment galvanising his expertise in architecture with his art practice.