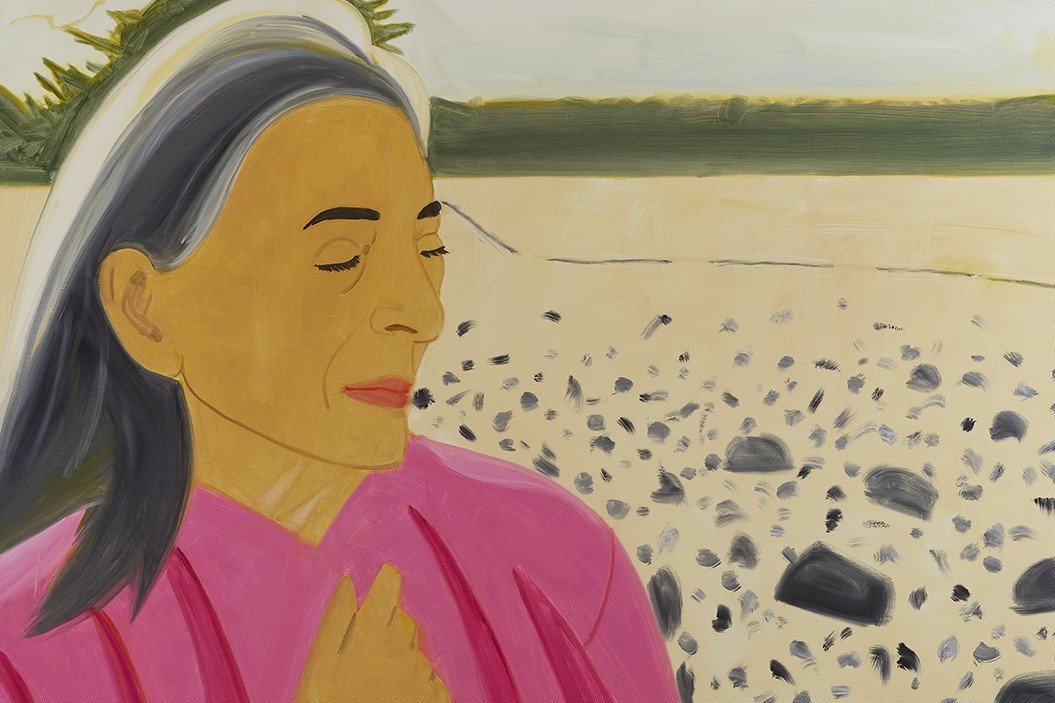 Timothy Taylor is pleased to present an exhibition of recent paintings by American artist Alex Katz (b. 1927). Illustrating the immense power of a craft honed for over seventy years, Katz’s tenth exhibition with the gallery represents a historic return to his most significant themes in the form of impressionistic natural landscapes and masterly depictions of his wife and lifelong muse, Ada Del Moro Katz.
Read more View Artist

Close
Next
Prev
Alex Katz
Alex Katz
Alex Katz
Alex Katz
Close Enquire
Close Alex Katz, 15 January – 22 February 2020
Timothy Taylor is pleased to present an exhibition of recent paintings by American artist Alex Katz (b. 1927). Illustrating the immense power of a craft honed for over seventy years, Katz’s tenth exhibition with the gallery represents a historic return to his most significant themes in the form of impressionistic natural landscapes and masterly depictions of his wife and lifelong muse, Ada Del Moro Katz.

After graduating from the Cooper Union in 1949, Katz spent almost ten years searching for a subject and style uniquely his own, resisting the stigma against figuration in the era of Abstract Expressionism. In 1957, he began to paint what he called ‘specific’ portraits, close-up paintings of recognisable people, blending the scale of the New York School with the social realism of Eduard Manet, the bright flatness of Matisse with the saturated color and dramatically cropped faces of American cinema. The catalyst for his new style was his first encounter with his future wife, Ada, the research biologist who would become the subject of his most celebrated paintings. Katz’s images of Ada have definitively entered the canon of twentieth-century art, and she was the subject of the 2006 exhibition Alex Katz Paints Ada at the Jewish Museum, New York.

Katz has compared Ada’s irresistible allure to Picasso’s depiction of his muse and lover Dora Maar over the course of their nine-year affair. But unlike Picasso’s tragic representations of his weeping lover, the elusiveness of Ada’s unyielding gaze continues to fascinate the artist half a century later. As the poet Frank O’Hara wrote in 1966: “The heads and figures of his wife, Ada, give this beautiful woman, through his interest in schema, a role as abstract as that of Helen of Troy; she is a presence and at the same time a pictorial conceit of style.”  The current portraits of Ada are tender despite their sparse minimalism - framed in dappled twilight with a slight smile on her face, or walking on a windy beach, the silvery streaks in her dark hair caught in the fading light.

In this exhibition, Katz’s intimate depictions of Ada in the present day contrast with the meditative formalism of his landscape paintings, which bring to mind the elegiac beauty of certain Japanese landscapes of the Edo period. In particular, the slender spokes of a yellow iris bathed in hazy pink light recall Irises, a screen painting of abstracted irises drifting on water by Ogata Korin, a seventeenth-century artist associated with the Rinpa movement. The careful clarity of Katz’s method also suggests musical metaphors, as Simon Schama has written: “Katz remains famous for both the intensely painstaking quality of his preparation, and the dazzling, almost impulsive quality of the painting itself, which he himself compares to musical performance: concentrated virtuosity after lengthy and unsparing rehearsal.” While the latest OR more recent oil on linen paintings share the large size of Katz’s ecological scenes of the 1990s, Katz’s perception of light and texture has become increasingly refined over time, lending the viewer the impression of standing in a forest pierced by sunlight.

Born in Brooklyn, New York in 1927, Katz lives and works between New York and Lincolnville, Maine, where he discovered his appreciation for landscape painting. Since gaining prominence in the 1980s and 1990s, Katz has become one of the indisputable founders of pop art, as well as a strong influence on a younger generation of painters such as Marlene Dumas and Peter Doig. Katz is represented in over 100 public collections worldwide including: The Art Institute of Chicago; The Brooklyn Museum; Hirshhorn Museum and Sculpture Garden at the Smithsonian Institution, Washington, D.C.; The Los Angeles County Museum of Art; The Metropolitan Museum of Art, New York; Milwaukee Art Museum; The Museum of Fine Arts, Boston; The Museum of Modern Art, New York; The National Gallery of Art, Washington, D.C.; Museum Moderne Kunst, Vienna; Museo Nacional Centro de Arte Reina Sofia, Madrid; Nationalgalerie, Berlin; Saatchi Collection, London; and The Tate Gallery, London.