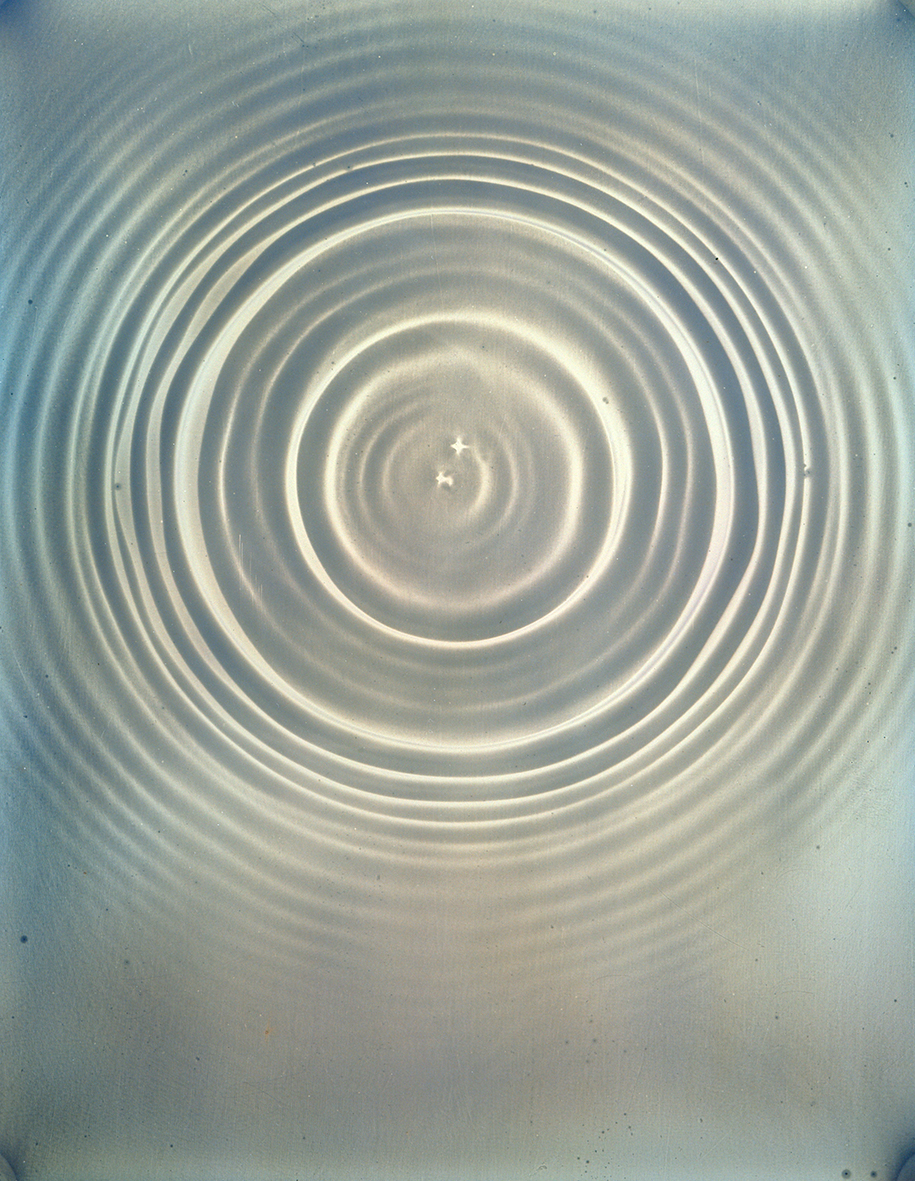 Adam Fuss constantly re-thinks the photographic process in pursuit of images that embody the ephemeral. While he has mastered both historic and contemporary processes, his pursuit – like that of early English photographer Henry Fox Talbot – uses light and chemistry to explore the outer reaches of vision. Fussʼs work does not reproduce the seen but discovers the unseen.

The diverse images in this exhibition employ four different photographic processes. What unifies the work is its investigation of the revelatory moment and its pursuit of points of transcendence. In the first gallery a series of unique silver gelatin prints at first appear entirely black, their matte surfaces absorbing light. With concentrated viewing, portraits of childrenʼs torsos appear, gazing face forward out of darkness.

The child portraits complement a series of 11 daguerreotypes, entitled Ark. Fuss is among a handful of artists skilled in using the daguerreotype process, in which mercury and chemical vapours are employed to make pictures on polished silver plates. The Ark series captures a singular, fleeting moment – a wave emerging from a single droplet of water – that becomes all the more metaphorical given the temperamental, almost alchemical, nature of the daguerreotype process. Ark suggests a wave that expands endlessly to encompass all of life.

The exhibition includes two large-scale works. A black-and-white, horizontal photogram presents an abstract field of marks that seems like a view into another universe. This photogram is made using powder through which live snakes have slithered, leaving unpredictable trails. The work is Pollock-like in its energy, yet replaces the artistʼs hand with an animalʼs gesture. A large vertical pigment print shows a butterfly chrysalis, scaled to human size and striking in its detail. Like a sarcophagus, the giant chrysalis is otherworldly. Its shell does not conceal a being journeying into the afterlife; rather, Fuss reveals a being about to emerge into the light of day.